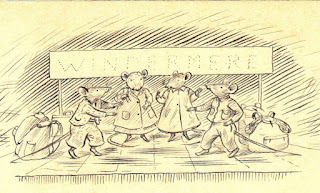 "No one can know what induced her to glance a second time at the quiet young fellow in airman's uniform she met while working at Sparsholt Farm Institute. A former member of staff, he was there on a 48-hour pass and had nowhere else to go. Or whether it was entirely by chance that they found themselves alone in the Common Room after the others had retired. They did not stay up late, just long enough for mutual interest and latent friendship to develop. Subsequently there was no courtship - how  could there be? - only occasional rendezvous as circumstances permitted. Two years later, in 1942, after a short engagement, they were married."

The writer - writing of himself in the third person - is my uncle Roger Folley, then a very junior Royal Air Force Voluntary Reserve officer stationed at Titchfield, a village between Portsmouth and Southampton, about 20 miles from Sparsholt. Before the war he had been Costings Officer at Sparsholt, living in on the premises. Roger's home was in Colne, a small town in Lancashire, so distant that 48-hour pass would be mostly spent getting there and back.

So Roger tended to spend his shorter leaves at Sparsholt, and some of these coincided with Evelyn's visits to observe and sketch the various Women's Land Army training activities going on there, and also to collaborate with Michael Greenhill, the Sparsholt Instructor of Agriculture, on A Book of Farmcraft, the farming primer written by Greenhill and illustrated by Evelyn.

By the spring of 1941 Roger and Evelyn had got to know each other well enough for him to invite her to spend an April week rock-climbing in the Lake District. Roger was a devoted fell-walker, rock-climber and cragsman with a deep and abiding love of the Cumbrian hills and Yorkshire fells. Some time before 1941 he had written an account of a previous Lake District expedition with his former Leeds University student friend Glynn Burton entitled Diary I: An Episode in the History of the Lake District.

One result of the April 1941 expedition was Diary II: An Episode in the History of the Lake District (unpublished, private collection). This time the party consisted of Roger and Evelyn, together with Glynn Burton and, as female companion for Evelyn and maybe to act as a sort of chaperone, Evelyn's former Royal College of Art student friend Margaret Goodwin.

Coincidentally, the Royal College of Art had been evacuated from blitz-stricken London, to Ambleside, a small Lake District town a short distance from Middlefell, in Langdale, where the party was staying. Charles Mahoney, Evelyn's former RCA tutor, colleague and lover, was installed as warden of the students' hostel in the Queen's Hotel. Roger's tactfully expressed account reads: A visit to the Royal College of Art in its new habitat ought to have been included, but with the understanding compliance of all the members of the party, was set aside.

Roger's text is written, for reasons best known to himself, in the orotund style of William Cobbett, the 19th century Radical with strong views on agriculture. The account was delectably illustrated in pen and ink by Evelyn, with the various characters depicted as mice.

Margaret Goodwin, who later married under the name of Iliffe, was not attracted to rock climbing and spent her time sketching and painting. As a fellow-student some ten years before Evelyn had rendered her thus:

Evelyn Dunbar Margaret Goodwin at her Easel 1929-1933 Pen, ink and wash: courtesy of, and many thanks to, Paul Liss of Liss Fine Art

- but as a non-climbing mouse in An Episode in the History of the Lake District she appears like this: 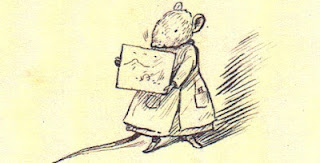 Evelyn acquitted herself very well, conquering such notorious climbs as Napes Needle, among others: 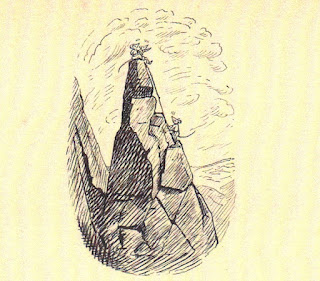 And the other drawings speak for themselves: 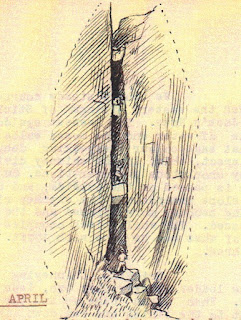 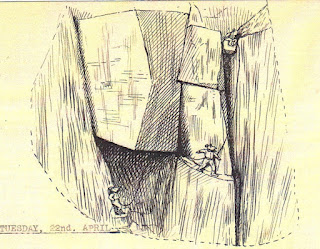 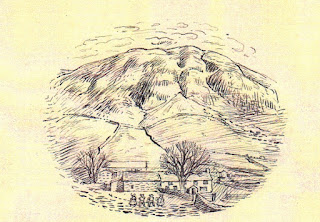 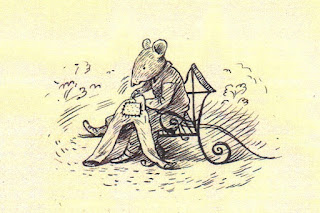 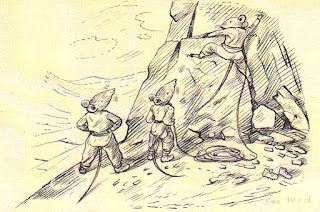 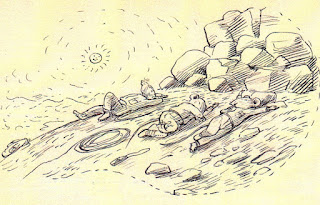 At one point Roger's (and my, incidentally) cousin Moira Rayner, staying nearby, cycled over to spend a day with the party: 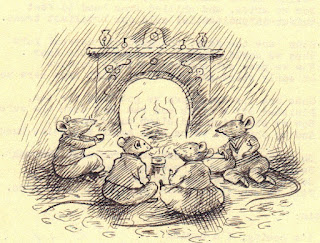 The week ended with a Commemorative Song, chiefly commemorating, it seems, the poor fare on offer at the farm at which they stayed: 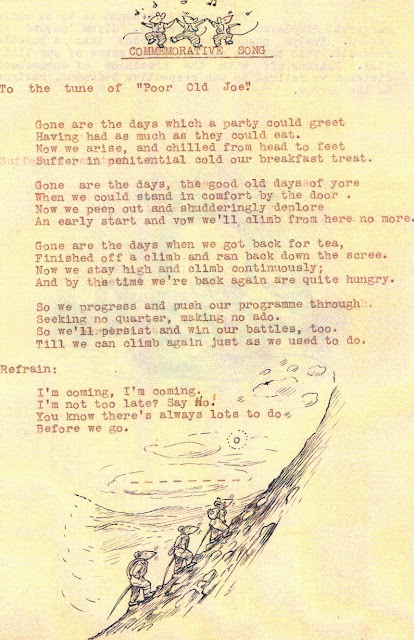 As Roger's and Evelyn's attachment deepened, a change came over Evelyn's work. Where possible she followed his various RAF postings, and consequently she was able to record mostly, but not exclusively, Women's Land Army activities further afield than Kent and Hampshire. They married in August 1942, but had no home of their own until after the war had ended. Evelyn's practice was still to do the preliminary work on site, and complete her canvases at home in Rochester. 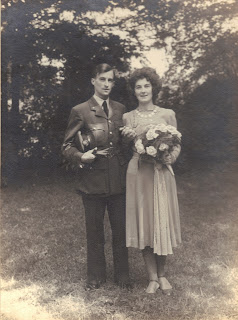 However after their marriage Evelyn's focus changes. She seems less concerned to cram in as many different (mostly) women's home-front activities as possible. The frantic output of 1940-41 reduces. Instead she concentrates on fewer canvases, more highly finished. The change is gradual, the great wartime paintings are yet to come. 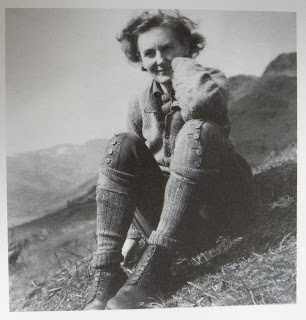